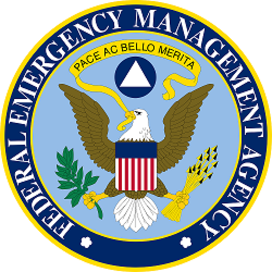 What is FEMA exactly - and what is their charter or responsibilities.

Many people think FEMA has a staff of trained - equipped – and standing ready personnel nation wide. This just isn’t the case, FEMA is a management vehicle for disasters. FEMA relies on volunteers and communities as the ‘first responders’ in a disaster.

To facilitate these management obligations they have developed what they call the ICS (Incident Command System). The 8 week CERT training includes a section on how to implement this ICS structure for any disaster situation.

ICS was developed in the 1970s following a series of catastrophic fires in California's urban interface. Property damage ran into the millions, and many people died or were injured. The personnel assigned to determine the causes of these outcomes studied the case histories and discovered that response problems could rarely be attributed to lack of resources or failure of tactics. Surprisingly, studies found that response problems were far more likely to result from inadequate management than from any other single reason.

Is a standardized management tool for meeting the demands of small or large emergency or nonemergency situations.

Represents "best practices" and has become the standard for emergency management across the country.

May be used for planned events, natural disasters, and acts of terrorism.

Is a key feature of the National Incident Management System (NIMS).

The ICS is a management system designed to enable effective and efficient domestic incident management by integrating a combination of facilities, equipment, personnel, procedures, and communications operating within a common organizational structure, designed to enable effective and efficient domestic incident management. A basic premise of ICS is that it is widely applicable. It is used to organize both near-term and long-term field-level operations for a broad spectrum of emergencies, from small to complex incidents, both natural and manmade. ICS is used by all levels of government—Federal, State, local, and tribal—as well as by many private-sector and nongovernmental organizations. ICS is also applicable across disciplines. It is normally structured to facilitate activities in five major functional areas: command, operations, planning, logistics, and finance and administration.

FEMA’s mission is to support our citizens and first responders to ensure that as a nation we work together to build, sustain and improve our capability to prepare for, protect against, respond to, recover from and mitigate all hazards.

Region X supports the citizens and first responders of Alaska, Idaho, Oregon and Washington. This is Region X's homepage, which highlights the latest events in the region, and provides access to basic regional information, including links to how to contact us, and what unique projects we're working on in the Pacific Northwest.

From their offices in Bothell, Washington, and Anchorage, Alaska, FEMA Region X works with the emergency management agencies of the Pacific Northwest, including:

Region X is one of many participants in the Cascadia Subduction Zone earthquake exercise:

For 37 years, FEMA's mission remains: to lead America to prepare for, prevent, respond to and recover from disasters with a vision of "A Nation Prepared."

On April 1, 1979, President Jimmy Carter signed the executive order that created the Federal Emergency Management Agency (FEMA).  From day one, FEMA has remained committed to protecting and serving the American people. That commitment to the people we serve and the belief in our survivor centric mission will never change.

As of April, 2014, FEMA has 14,844 employees across the country – at headquarters, the ten regional offices, the National Emergency Training Center, Center for Domestic Preparedness/Noble Training Center and other locations.

The Federal Emergency Management Agency coordinates the federal government's role in preparing for, preventing, mitigating the effects of, responding to, and recovering from all domestic disasters, whether natural or man-made, including acts of terror.

FEMA can trace its beginnings to the Congressional Act of 1803. This act, generally considered the first piece of disaster legislation, provided assistance to a New Hampshire town following an extensive fire.

In the century that followed, ad hoc legislation was passed more than 100 times in response to hurricanes, earthquakes, floods and other natural disasters.

By the 1930s, when the federal approach to disaster-related events became popular, the Reconstruction Finance Corporation was given authority to make disaster loans for repair and reconstruction of certain public facilities following an earthquake, and later, other types of disasters.

In 1934, the Bureau of Public Roads was given authority to provide funding for highways and bridges damaged by natural disasters.
The Flood Control Act of 1965, which gave the U.S. Army Corps of Engineers greater authority to implement flood control projects, was also passed.
This piecemeal approach to disaster assistance was problematic. Accordingly, it prompted legislation to require greater cooperation between federal agencies and authorized the President to coordinate these activities.
The 1960s and early 1970s brought massive disasters requiring major federal response and recovery operations by the Federal Disaster Assistance Administration, established within the Department of Housing and Urban Development (HUD).
These events served to focus attention on the issue of natural disasters and brought about increased legislation.
In 1968, the National Flood Insurance Act created the Federal Insurance Administration and made flood insurance available for the first time to homeowners.
The Flood Disaster Protection Act of 1973 made the purchase of flood insurance mandatory for the protection of property located in Special Flood Hazard Areas.
In the year following, President Nixon passed into law the Disaster Relief Act of 1974, firmly establishing the process of Presidential disaster declarations.
However, emergency and disaster activities were still fragmented. When hazards associated with nuclear power plants and the transportation of hazardous substances were added to natural disasters, more than 100 federal agencies were involved in some aspect of disasters, hazards and emergencies.
Many parallel programs and policies existed at the state and local level, simplifying the complexity of federal disaster relief efforts.
The National Governor's Association sought to decrease the many agencies with which state and local governments were forced work. They asked President Carter to centralize federal emergency functions.

It is designed to bring an orderly and systemic means of federal natural disaster assistance for state and local governments in carrying out their responsibilities to aid citizens.

Congress' intention was to encourage states and localities to develop comprehensive disaster preparedness plans, prepare for better intergovernmental coordination in the face of a disaster, encourage the use of insurance coverage, and provide federal assistance programs for losses due to a disaster.

This Act constitutes the statutory authority for most federal disaster response activities especially as they pertain to FEMA and FEMA programs.

Among other agencies, FEMA absorbed:

The agency coordinated its activities with the newly formed Office of Homeland Security, and FEMA's Office of National Preparedness was given responsibility for helping to ensure that the nation's first responders were trained and equipped to deal with weapons of mass destruction.

Within months, the terrorist attacks of Sept.11th focused the agency on issues of national preparedness and homeland security, and tested the agency in unprecedented ways.

Billions of dollars of new funding were directed to FEMA to help communities face the threat of terrorism. Just a few years past its 20th anniversary, FEMA was actively directing its "all-hazards" approach to disasters toward homeland security issues.

In March 2003, FEMA joined 22 other federal agencies, programs and offices in becoming the Department of Homeland Security.

The new department, headed by Secretary Tom Ridge, brought a coordinated approach to national security from emergencies and disasters - both natural and man-made.

On October 4, 2006, President George W. Bush signed into law the Post-Katrina Emergency Reform Act. The act significantly reorganized FEMA, provided it substantial new authority to remedy gaps that became apparent in the response to Hurricane Katrina in August 2005, the most devastating natural disaster in U.S. history, and included a more robust preparedness mission for FEMA.

After a disaster FEMA has the responsibility:

The Public Assistance (PA) Program is administered through a coordinated effort between the Federal Emergency Management Agency (FEMA), the State (grantee), and the applicants (subgrantees).

While all three entities must work together to meet the overall objective of quick, efficient, effective program delivery, each has a different role.

FEMA's primary responsibilities are to determine the amount of funding, participate in educating the applicant on specific program issues and procedures, assist the applicant with the development of projects, and review the projects for compliance.